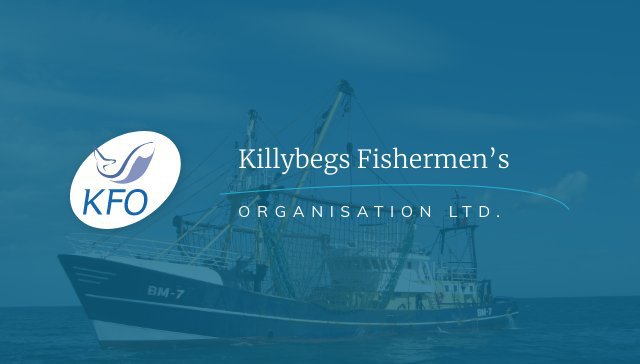 Killybegs Fishermen’s Organisation (KFO) CEO, Seán O’Donoghue has welcomed a declaration issued by the Council of EU Fisheries Ministers aimed at resolving the mackerel dispute between Denmark and Ireland. However, he conceded that this agreement aside, it was a case of “little done, lots left to do” at the annual meeting of the Council of Fisheries Ministers which concluded in Brussels this morning.

Mr O’Donoghue said that this outcome provided an injection of confidence on the critical wider issue of burden-sharing whereby the industry here is seeking an equitable solution to the outrageous scenario which sees Irish fishermen saddled with 40% of the EU’s fisheries loss to Britain, post-Brexit.

“We are confident that when all the facts are fully examined rather than the rhetoric, it will be shown that the incorrect methodology had been used by the Commission in setting the Danish mackerel quota in Norwegians waters, which will now be rectified for 2022. The declaration provides a roadmap to achieving this. This issue was a key priority for us and we are pleased that we have managed to eke out a fairly strong resolution thereon.

“Ahead of this Council, I had warned that the new system which sees Britain negotiate directly with the EU on fisheries quotas, means that the Council is now being held in a vacuum bereft of critical information regarding key stocks. A fundamental overhaul of the current system is urgently needed with fishermen entitled to some sort of certainty in order to manage their businesses for the year ahead.

“Of the 55 stocks shared with the UK which are important to the Irish fleet, only two, sole and plaice off the west coast of Ireland have had quotas set for the next year, meaning most of the Irish industry is again left to plan for 2022 without a plan.

“We had requested that the seasonality of our pelagic fisheries such as mackerel, horse mackerel, blue whiting and boarfish, which are mostly fished in the first quarter of the year had to be addressed if provisional ‘Total Allowable Catches’ (TACs) and quotas were set for the first three months. Allowing only 25% of our quotas to be caught in this period is neither credible nor realistic. For the most part, this was achieved with mackerel, blue whiting and Atlanto Scandia herring set at 100%. Horse mackerel was set at 70% and regrettably boarfish at just 30% which is unworkable.

“Unfortunately, the Council did not address massive mackerel over-fishing by Norway and the Faroe Islands during 2021 which is jeopardising the sustainable management of the stock. However Minister McConalogue did reiterate his supportive position on this issue calling for a range of appropriate measures against Norway and the Faroes, if they continue set inflated unilateral mackerel quotas,” concluded Mr O’Donoghue.