Bord Iascaigh Mhara (BIM), Ireland’s Seafood Development Agency, in partnership with the RNLI are delighted to announce further dates in… 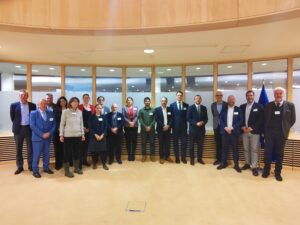 7th December 2022 Fish Quotas and Decommissioning Chairman, and Committee Members, thank you for the  opportunity to address you here…

EfficientShip has recently been approved

EfficientShip has recently been approved under the LIFE+ Environment Programme for a total budget of €1,320,000 and EU support of…

MYFISH (Maximising Yield of Fisheries while Balancing Ecosystem, Economic and Social Concerns) is a collaborative project under the FP7 Cooperation,…

The Pelagic RAC prepares and provides advice on the management of pelagic fish stocks on behalf of the fisheries sector and other stakeholders. It covers the pelagic stocks of all the areas, excluding the stocks in the Baltic Sea and Mediterranean Sea. The Pelagic RAC was established in 2005, and consists of a General Assembly, an Executive Committee and two Working Groups. KFO is represented at all these levels.

Most practical work is done by working groups drawn from members of the General Assembly. WG I deals with herring and mackerel while WG2 deals with horse mackerel, blue whiting and boarfish and is chaired by Sean O’Donoghue.

The work of Pelagic RAC is supported by a secretariat based in Rijswijk, the Netherlands.

The North Western Waters Regional Advisory Council (NWWRAC) was established in September 2005 in accordance with Council Decision 2004/585/EC, which set out a common framework for Regional Advisory Councils. The principal aim of the NWWAC is to bring together stakeholders from across Europe, to advise the Commission on matters of fisheries management in respect of the North Western Waters – ICES areas V (EC waters), VI, VII.

Sean O’Donoghue is a member of the Executive Committee and Working Groups 1, 2 and 4.

Bord Iascaigh Mhara (BIM), the Irish Sea Fisheries Board based in Dún Laoghaire, Co. Dublin, Ireland, is the current host of th Secretariat for the North Western Waters Advisory Council.

The European Association of Producer Organisations (EAPO) (www.eapo.com) represents 39 Producers Organisations from 10 EU Member States, with approximately 10,000 vessels of all sizes, 3.6 million tonnes of landings and a first sale value of around € 3 billion. EAPO was founded in 1980 and membership of the association is open to every Fish PO recognized by its EU member state.

EAPO’s objectives are the following:

To assist the members in fulfilling their key role as a PO to achieve the objectives of the Common Fishery Policy and the Common Market Organisation for Fishery and Aquaculture Products.

To provide advice to the members on the management of their Production and Marketing Plans.

To improve the relationship between European POs by looking for common grounds in addressing the challenges for the European fisheries, particularly in respect of marketing and other specific tasks of the POs.

To address the above with relevant authorities in the Member States, Fisheries Ministers Council, European Parliament and European Commission and to be recognized by these authorities as a European representative body for the fisheries sector.

To influence the rules and regulations affecting fisheries targeting a sustainable production through socio-economic viability with respect for the environment.

The Long Distance Fleet Regional Advisory Council (LDRAC), is the Advisory Council which deals with issues relative to fishing agreements with third countries and relations with the Regional Fisheries Organisations, that is to say, the exterior dimension of the Common Fisheries Policy. It was established in 2005 and consists of a General Assembly, an Executive Committee and five Working Groups. KFO is represented by Sean O’Donoghue on the Executive Committee, WG2 (Regional Fisheries Organisations and North Atlantic Agreements), WG4 (Bilateral Relations with Third Countries) and WG5 (Horizontal issues).

The work of the LDRAC is supported by a secretariat based in Madrid, Spain. 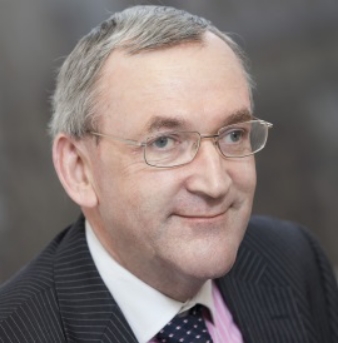 Sean O Donoghue is a graduate of Civil Engineering from University College Cork (UCC) and is CEO of Killybegs Fishermen’s Organisation (KFO) since 2000. He has a long established career in fisheries management, working in the Department of Agriculture, Food and the Marine, state seafood agency, Bord Iascaigh Mhára (BIM), for 20 years prior to taking up his present position with the KFO in 2000. He has and continues to play a key role in a number of important fisheries issues such as the renewed Common Fisheries Policy, Technical Conservation Measures, fleet restructuring, quota management, Total Allowable Catches (TACs) and quotas negotiations, and a range of other Common Fisheries Policy issues. He is actively involved in Brexit and a founder member of the European Fisheries Alliance (EUFA). He is a key player in a number of important fisheries areas both at national and European level and has been influential in ensuring the interests of the fishing industry are represented as necessary.

Sean O Donoghue has worked closely with the Marine Institute since its establishment and has promoted better dialogue between fishermen and fisheries scientists through a series of research projects. Under his guidance, KFO has been a proactive partner in a number of EU-funded projects:- Profet Policy, ACRUNET, MYFISH and EfficientShip which reflect the significant capacity which he can make available to important science-industry projects.

Sean O’Donoghue is supported by his team at the Killybegs office where you will get more help and information regarding the Killybegs Fishermen’s Organisation.